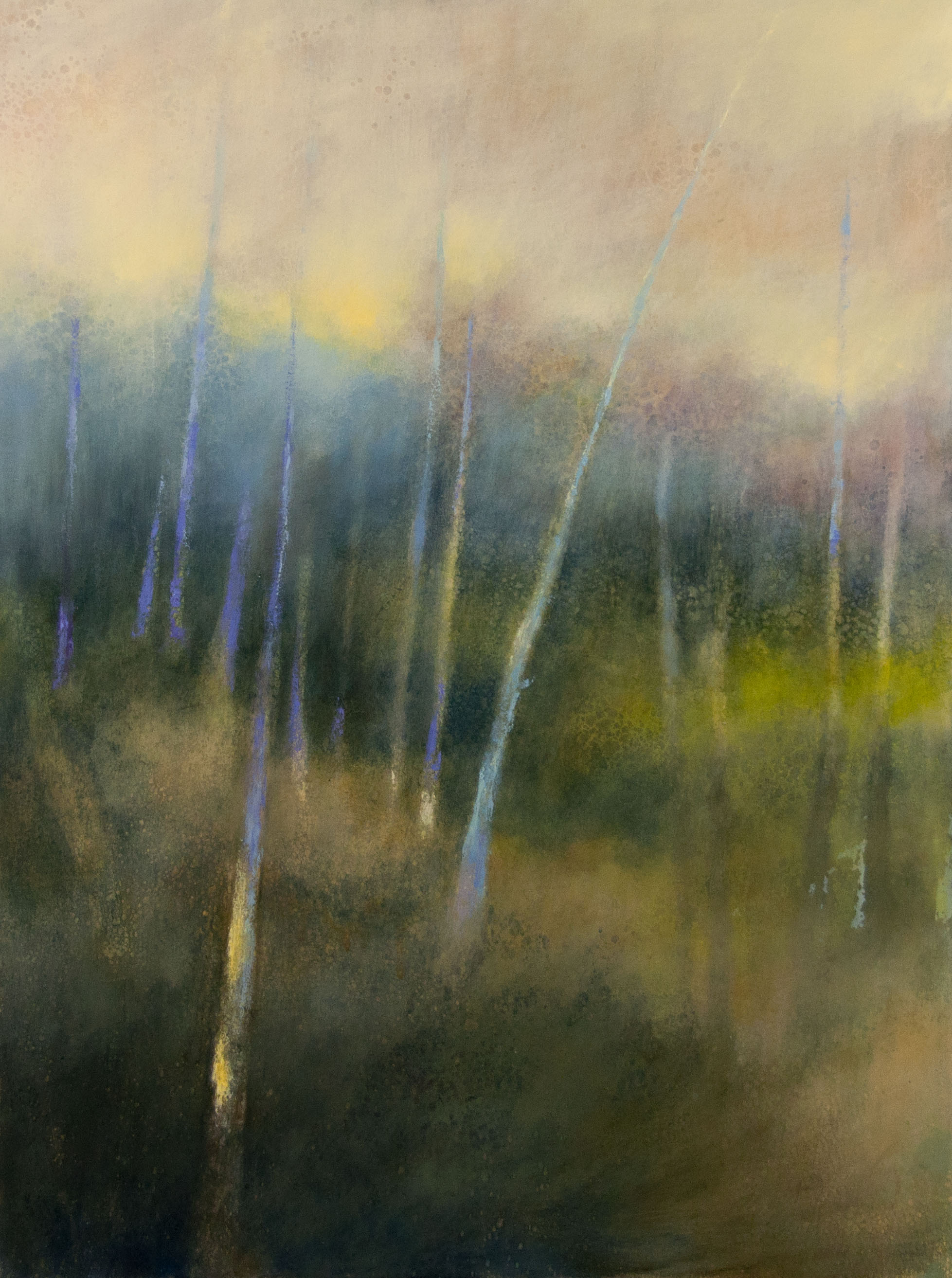 In a review of Judith Judy’s work, Mark Jenkins, art critic for the Washington Post, wrote: “The Northern Virginia painter is not an abstractionist, yet her warm, radiant landscapes aren’t modeled on particular places. Indeed, they seem designed as portals, visual entrances into the world of light. Soft-textured trees and grass define the foreground and vaporous sky the background, but the action transpires between the two, on the plane where sunlight bleeds into a rich, indistinct glow.”

Judith Judy earned a degree in art from Towson University in Baltimore, Maryland. After spending several years in a business career, she continued her studies in oil painting and has been painting professionally since 2006.
In the spring of 2009, Judith was invited to exhibit her work in Vilnius, Lithuania as part of Europe’s Capital of Culture Celebration. She also participated in an exhibit at the Lithuanian National Museum of Art and two of her paintings have become part of the museum’s permanent collection.
Judith was chosen to exhibit in the fall of 2013 at the Berlin art fair “Berliner Liste” and has also exhibited in Paris, France; Assisi,Italy; St.Tropez,France and various galleries in the U.S. Judith maintains studios in both Northern Virginia and Fenwick Island, Delaware. She is currently represented by Gallery Piquel in Lambertville, NJ and Anne Neilson Fine Art in Charlotte, NC.